Two years ago, I wrote ten things that I’d like to say to young writers, and I find that a lot of young writers — WEE TINY BABIES WITH HOPE GLINTING IN THEIR DEWDROP EYES — email me. They want to be writers but they don’t know if they can or if they should. And…

via What I’d Like To Say To Young Writers, Part Two — terribleminds: chuck wendig

When it was just me and a tree, I knew it all

St. George and the Dragon Day – something I like to celebrate, as it reminds me of those far recesses of childhood when I began to learn the world was SO BIG, and even bigger when you thought about all history. And in my head I had such a sure, vivid, timeless yet evolving image of all the stages of history in all the places I knew of. What does an “absent-minded” daydreaming six year old who has never left Michigan know? A whole lot! Enough to fill a universe. That’s the nature of the brain.

I suppose these vast conceptions of places like medieval England or colonial America or Neanderthal Europe were informed by folk tale books my mom read, TV and school–but I’ve been around the world and dangerously over-educated in the 4+ decades since and these “forms” (in the Platonic sense) in my mind’s eye have not much changed. This feels very much like a collective unconscious. Somewhere there is and always will be an England of rolling green hills where a maid tends her sheep across the river from a village fair outside a Gothic cathedral, and archers roam the forest and knights in armor ride out from a castle with crenellated parapets. Somewhere there will be a dragon and a St. George to do battle with it.

What the other realm has to do with inspiration

These places are real in the way everything in a dream feels so much more present and tangible and real than being awake: in your dreams, the smallest thing can be infused with a sense of the greatest symbolism, and what happens next always has the feel of momentous inevitability. This is how good writing works: you set up a world of believable vastness and palpable intimacy, where events or imagery sustain multiple meanings, and the plot develops logically and naturally from the introductory matrix.

When I write I don’t feel like I’m creating a new place, rather, I’m trying to re-capture one that already exists–has always existed–in my mind, which is the same as to say it already exists in the “out-there” where all possible places and settings have always and will always exist. Inspiration is just getting to a point where I can remember it. I’m just tapping into something outside of myself. I’m being reminded by a “Muse”.

But the Muse is elusive! I can only actually write while I’m awake, with all the meaning-less distractions and inelegant minutiae of everyday life crowding in. How can I possible get past all that to a mental state where I can touch that other realm of inspiration? Most of the time it’s as hard as remembering your dreams. You forget just as soon as you remember a piece of one.

And what memory has to do with inspiration

My dad is nearly 82 years old. Since starting up the whole genealogy thing a few years back, I’ve made a point of asking questions about my parents’ childhoods, and I get very frustrated at how little he remembers. Is he holding back? Or can he honestly not remember a day out of his entire fourth grade, or one of the dresses his mom always wore? And yet, since I turned 50, a part of me has started to believe it. I’ve reached an age where I have to face the fact that maybe not remembering that certainty of childhood has less to do with simply not thinking about it lately and more to do with the fact that there are memories that may well be gone forever. You start to get pretty desperate to tap into that world-eternal you had all around you as a child.

I still play this one game sometimes while trying to fall asleep: I scrape and think really hard and try to come up with one early memory from childhood that I haven’t thought about almost since it happened. Maybe it will keep my brain and memory in shape. Maybe I’ll actually learn something about myself. It’s a game because I don’t always win; in fact, it’s quite rare that I un-earth a genuine long-buried gem and the corresponding feeling of supreme satisfaction. For just a moment, I know all the secrets of the universe yet again.

I’ve spent a life voraciously chasing after that complete education, the level of knowing it seems like everyone else must have, a basic understanding of all history and myth, of geography, of the “greatest” writers and artists and musicians, the times of the greatest break-throughs for science and mathematics, how a cell works and how a galaxy is born. Reading every word Shakespeare ever wrote (happy birthday) and doing a dissertation on his histories. I think I always thought that’s how someone achieves enlightenment–er, peace of mind–er, being a real human being.

But apparently my Muse is the same she’s always been: someone who puts me in touch with a conception of the world I’ve always had. Or maybe I’ve just set up a false dichotomy: I suppose even as a child I had to overcome staggering inanity and mundanity. Probably trying to find school-clothes that weren’t laughable and doing homework that was a painful exercise in futility were just as frustrating to my higher self then as these stacks of unsorted receipts and boxes of unsifted cat litter are today. There were bullies then who teased me about my overbite and flood pants and my uncool mind-absences, and there are bullies today who torment me over my awkward bookishness and unfulfilled potential and my uncool absent-mindedness.

I think now that reaching my Muse is more of the same creative selective-attention I learned as a child. For sheer-survival I learned to tune out–as soon as they were gone–the unpleasantness of nose-bleeds on the school bus and that girl who always said out loud how messy my hair was or how I acted like a boy. In my head all that mattered were the woods I played in and the books I read. Today I sit in my condo and listen past the distant road traffic and screaming kids and that jack-ass running his leaf-blower at dinnertime and sometimes I really do manage to hear only the birds outside. I play with my cat and some string and sometimes I really do find myself as single-minded and in the moment as she is.

Perhaps it’s the pernicious TLE déja-vu seizures I have that have me obsessing on capturing something lost from childhood:  in the moment of the seizure it sure feels as powerfully atmospheric as a dream. Or perhaps it’s the fact that I’ve been around the world and still I’m right back where I started:  a daydreamer in a book under a tree, desperate to prove one way or another that what you all thought were “mind-absences” were, in all ways amazing and worthwhile, me being very much present someplace after all. 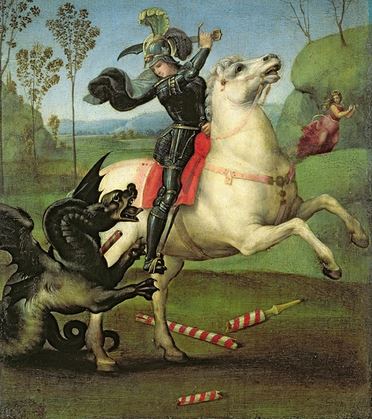 Writing as art. . .as writing. It’s never far from my mind, the magical characters we use, and how many more we could be using. Give your eyes a feast every once in awhile!

Book of Hours, Bruges (Belgium), c. 1480. Morgan Library, MS M.493, folios 18v and 19r. The Black Hours, one of a very few manuscripts on vellum that is dyed black. The illustration shows Whitsun, or Pentecost, the occasion of the descent of the Holy Spirit upon the Apostles and other followers of Christ, as described in Acts 2:1–31. Source: Morgan Library.

No protagonist can rise to become a hero by avoidance. Any plot that simply involves a character trying to stay away from something is only partway there.

A coupla hundred years ago, our good ol’ mate Darwin thought up this totally radical idea called evolution. This had two noticeable results: the church got their knickers in a twist, and it revolutionised our understanding – of biology, humanity, pretty much EVERYTHING-y. Since then, all manner of disciplines have co-opted the evolution concept: stellar evolution! Directed […]