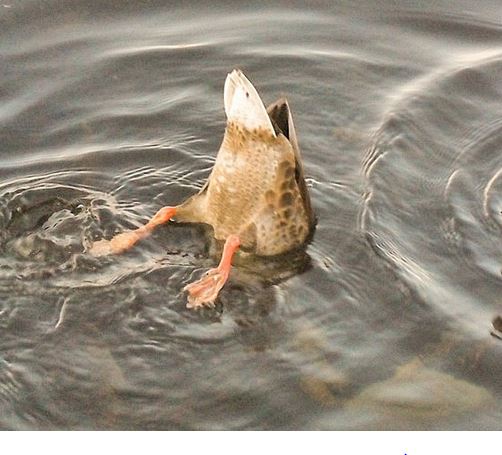 When my neurologist said I had a complicated brain, I didn’t take it as a compliment.

I’ve spent the years since trying to live an even more simple life, not to complicate my psyche beyond recovery, allowing the meds I take for fibromyalgia to blunt the second consciousness I carry around with me, the one I hopefully call my creative writer side, even though we all dream fantastically–I just do it wide awake.

But sometimes during my morning routine a voice deep inside suggests: twenty to twenty-nine pills a day probably isn’t indicative of a simple life, either. And what’s the inevitable outcome to such a story? Medications don’t work the same way on the same conditions forever.

I’ve written about the effects of Temporal Lobe Epilepsy and Geschwind Syndrome on a person’s life even when the seizures are controlled. The permanent, chronic effects are called “interictal symptoms”–those that are present between seizures. Learning I had the Writer’s Disease had a devastating effect not only on my creative life, it caused me to question everything in my personal life as well. I forced an acceptance of my invisible-to-others split-consciousness, and to cope I developed a great deal of pity for the co-workers and family members who couldn’t understand my life’s turmoil. Like Seven of Nine (Star Trek: Voyager) waking up from a Borg existence, I gave myself social lessons now that there was finally hope for me to pass as human.

And a few years later when meds appeared to treat the fibro, the new-found deep sleep also wiped out most of the seizures, and my assimilation into normal society was made that much easier. Peace and harmony transformed my turbulent life at last!

The decade or so of calm that followed was a decade where I did no writing at all. Cymbalta is notorious for making you slow to find the right word. It also wounds your pride when you start to really suck at Jeopardy. (I knew I knew it! I just didn’t remember the word for it.) At first I didn’t mind: I was, after all, trying to leave behind that uptight, arrogant, intellectually abstract freak of neurology, wasn’t I?

But wasn’t knowing-it-all supposed to be my distinction? And wasn’t writing the outlet I had originally chosen to keep my wild elliptical observations safely out of polite society?

As it turned out, I wasn’t going to have a choice in the matter forever, anyway. Things that are suppressed do surface again. Ducklings submerge then re-appear only to quack all the louder. I’m a deep-diving duckling, hear me quack.

Which is to say, I’m starting to hallucinate a whole second consciousness again.

The Worm Turns. . .To the Laptop

Writing is the time I need to stop all the confusing detail of a life both social and cyber from erupting as the chaotic dream imagery that keeps me forever in my second consciousness. I have to answer the demand to follow the metaphor and meaning of the recurring dream, of the dreams that erupt full-blown in the middle of the day with all the power that a TLE déj-vu has to pull me away from the task at hand.

But writing doesn’t come quite as easily these days, when I know so many words but can’t recall them all that quickly. It’s easy to blame Cymbalta, but even that is masking new fears: my temporal lobe seizures, active as they are in the language centers of the brain, may finally be taking a permanent toll on my linguistic abilities. Before the twenty-some troublesome pills a day there was a genuine medical condition, a complicated brain that never was going to simply settle down and function “normally”. I have a scarred brain; no medicine would ever heal it.

Quitting Is No Longer an Option

Looking back, I lament that there never was a time when my writing skills were reliable. For a few years I successfully channeled all my energy into academia and did very well–right up until I didn’t, and my inability to shut off that second consciousness so I could concentrate with the first caused me to drop out of grad school, with all-but-dissertation defended. This isn’t an insignificant effect on one’s life path.

I’m looking for the strength–or wisdom, or spirit, whatever it takes–not to “drop out” this time, and to find a way to keep writing in my life. I read all the useful writing blog advice on finding the time, fostering the commitment, etc., but the one thing they don’t seem to address is this final hurdle so many of us face: an unpredictable medical condition, one which directly affects, either mentally or physically, our ability to write.

I mean, Beethoven continued to compose after he went deaf. Van Gogh. . .Oh, well. I’m normal; I don’t want any more pain! Is there a better way to handle this?

I really want to hear from you: what is that medical issue that keeps one hand tied behind your back? How do you respond? And have you found a community of support? More power to you all!

First and foremost….A great post to help better understand something we can’t fully understand–autism and its traits–but well worth our while to try. The main character of my WIP has many of these traits, because I do as well. I wish they had been better appreciated when I was young. I’m sure you’ll recognize friends or self as well, and a sensitivity to such a variety of folks can only help the writer. Thanks to Neuro-Divergent Rebel for leading me to this blog.

Autism is big and messy and confusing, and no-one really understands it. It’s difficult to make a good summary and description of autistic traits, because generally no-one can agree on what autism actually is. But even taking that into account, I’ve never read a satisfactory article or leaflet summarising and describing autistic traits.  Every description I’ve ever read suffered from at least one of these problems: